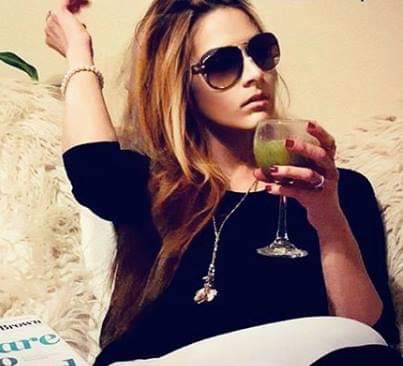 The Multiple Reasons Why You Should Indulge in a Green Spirulina Smoothie:

Spirulina have been living on this planet since the appearance of human life on earth. Spirulina are freshwater-growing, alkaline-environment, green, microscopic algae. The green color stems from the chlorophyll present in Spirulina and the blue color is derived from the exotic pigment phycocyanin.

Algae & plankton are the basis and beginning of the food chain. Through photosynthesis algae and plankton convert sunlight into pure protein, fatty acids, carbohydrates, and nearly every other nutrient essential to life. Marine foods such as Algae and seaweed, along with medicinal mushrooms, are the most nutritious foods available to humans.

The absence of the amino acid tryptophan in the diet will lead to a deficiency in serotonin, which the body creates from tryptophan. Serotonin is essential for generating feelings of well-being. Serotonin is also a “stress-defense shield” that helps us cope with hardships. A serotonin deficiency has been associated with depression and neurological disorders.

Spirulina consists of 65–71 percent protein, the highest concentration of protein found in any food on the planet. It is a complete protein source. Spirulina contains a higher concentration of protein than any other known food. It contains between 65 and 71 percent protein, depending upon the variety. The spirulina organism converts sunlight to protein more efficiently than any other living thing.

Switching from animal protein to spirulina protein is one of the most effective ways to get protein without having to expend too much digestive energy. Also, spirulina protein is much more absorbable protein from other conventional sources. Full-spectrum protein sources such as spirulina are known for their importance in balancing brain chemistry.

It is also a powerful tonic for the immune system. In scientific studies of humans, mice, rats, hamsters, chickens, turkeys, cats, and fish, the introduction of spirulina into the diet consistently improves immune system function. Spirulina accelerates production of the humeral aspect of the immune system by helping to increase the production of antibodies and cytokines, including interferons and interleukins, allowing the body to better protect against invasive microbes and viruses.

Also, Spirulina is rich in a brilliant blue polypeptide known as phycocyanin. This blue pigment helps induce the production of more stem cells found in bone marrow. Stem cells are the

Spirulina also contains several bioavailable forms of the mineral sulfur. Sulfur may be detected in spirulina by the “hard-boiled egg” taste. A good source of dietary sulfur such as spirulina will improve the immune system, physical strength, flexibility, agility, complexion, hair’s luster, speed of healing, and the functionality of your liver and pancreas. Sulfur can also help to rid our tissues of toxins.

In Chinese medicine, spirulina is considered “cooling” and “wet” by nature. This means that if you have a hot, dry metabolism, spirulina is a great food choice for you because spirulina will tend to balance out the tendency to be too hot or dehydrated. Spirulina’s cooling and wet energy also make it a great food for hot, dry climates.