For the Young, Sick, and Brave

Regardless of how bizarre our rapidly changing dreams were growing up, one factor was most likely present in most: The visions of our futures most definitely did not include a life-changing illness, becoming debilitated at a time when our young peers are running marathons,

being imprisoned during the years we somewhat ignorantly believed we were promised –and entitled to- freedom, falling completely dependent upon loved ones and caretakers at an age meant for independence, spending years in isolation during the very same years we once believed would be used for travel and exploration, losing ourselves the minute society taught us we were to begin finding ourselves, or having our lives end at a time we believed they would finally begin. We never imagined the years our culture dubbed as the prime years of our lives, the years in which we are to “build” our lives, would transmute themselves into a nightmare so torturous that we would beg to return to the previous years in which we eagerly anticipated the future –a future that, like most things in life, painted itself with colors opposite of the ones in our visions. We never thought the only thing we would “build” in the early years of our adult lives would be anything but an education, a marriage, a family, a home, or any other thing lending to the achievements which society deems as successful, rather, we would spend our hours building shells of the people we used to be out of layers created by endless nights of loneliness and pain. Without a doubt, we never imagined such devastation would corrode our minds, bodies, and souls in the form of a serious illness.

We never considered the disheartening tragedies such as illnesses that struck others would in turn strike us, initiating us into the category of

what we used to call “those” people, as if they were a foreign species. We had no clue we would reach maturity only to become “those” people we pitied, but hardly gave the time of day to until we found ourselves in their shoes and had no choice but to give every last second of our day to them, because “they” would become us. We would grow up to become the sick people we felt sorry for, the ones who we saw on the commercials asking for donations that caused us to quickly flip the channel out of both sadness and guilt. How could we have guessed that our very own lives would be a constant reflection of those commercials, and that we would not be able to change the channel when it happened, because we would no longer be separate from them? Rather, we would become the separated. The clear windows next to our bedsides which we used to stare out and daydream about our future through would, after a life changing diagnosis, become clouded windows which we would peer out of during countless sleepless nights as we thought about our shattered dreams.

But we also never dreamed the tragedy of becoming terminally or chronically ill at a young age would hold the potential to become a hauntingly beautiful one if we opened our hearts and our eyes, allowing ourselves to learn from the lessons pain teaches rather than to shrivel up and shrink back from it all. We did not yet know that the greatest form of freedom is found only through imprisonment, that an immensely strong independence from the strength of the soul comes from the humbling experience of learning to be dependent on others gracefully, that only in intense and prolonged isolation where we are not crowded by the impositions of the world are we able to explore the furthest depths of ourselves, that true growth occurs when parts of us crumble and give way creating windows for the essence of the universe to shine through us, or that only mere illusions of our lives were ending in order for a new, albeit painful, mesmerizingly beautiful and complex one to begin. 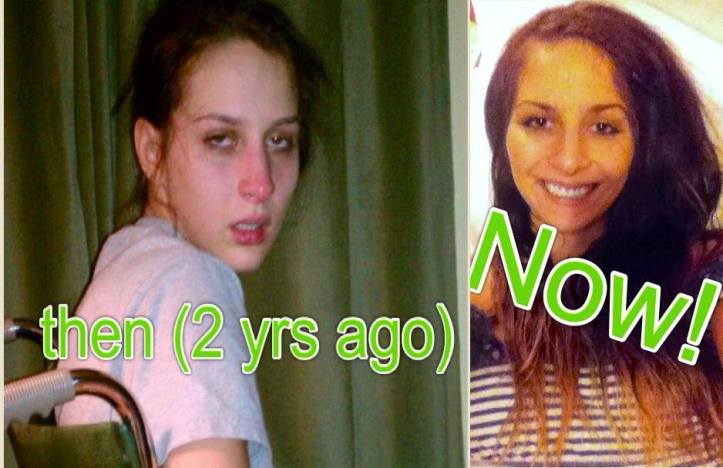